Let Us Help You Move to the Beautiful San Rafael 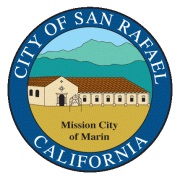 San Rafael is known as “The City with a Mission”, and is bordered by the famous Golden Gate Bridge and San Francisco Bay. This idealistic suburban paradise has a Mediterranean climate and many rolling hills. While considered a suburban city, it still has many urban commodities and fabulous services for residents and visitors alike.

The founding of Mission San Rafael Arcangel in 1817 during the California Spanish mission expansion was the earliest recorded settlement. A replica of the original mission stands today in the city. San Rafael also has a wide diversity of natural habitats from forests at the higher elevations to marshland and estuarine settings.

San Rafael has an ever changing Calendar of Events which lists fun activities for the whole family. This calendar includes the annual Parade of Lights and Winter Wonderland, the seasonal Thursday evening Downtown Farmers’ Market Festival, and children’s events at the San Rafael Public Library. If you are a foodie, there are many dining options in the diverse downtown area.

San Rafael experienced a boom in commerce when George Lucas founded Lucasfilms in this amazing city, and many industries are still growing. If you choose to make San Rafael your home, you will be thrilled with the fabulous education system and amazing opportunities for the entire family.

There are a lot of details to remember when you move. To help you begin making necessary preparations, here are a few city resources that may be helpful if you are moving to San Rafael.

San Rafael movers consist of a team of experienced and professional students who can pack, load, and transport your cherished belongings to your new home or office. Student Movers provides services in San Rafael and the surrounding area as well as the entire state of California and beyond. If you’re planning a move, plan to use Student Movers, the best California moving company!